HomeTravelTop 10 Things to Do in Madrid
Travel

Top 10 Things to Do in Madrid 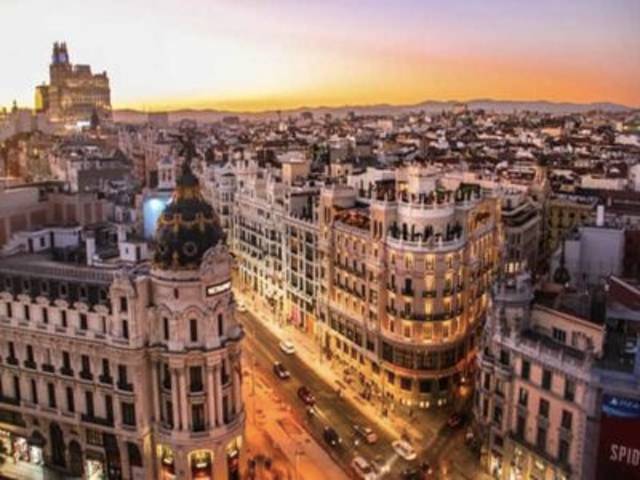 Madrid has a lot going for it. It sits right in the middle of Spain, is the largest city in Spain, and is also the capital city of Spain. With hundreds of adventure travel activities to keep you busy, it is hard to choose the top 10 things to do in Madrid.

However, we have done our best and these should keep you occupied for at least 48 hours in Madrid.

Top 10 Things to Do in Madrid

The Retiro Park is a large park located in the center of the city, between the main train station of Atocha and the city’s most visited museums. Inside the park, there is a Crystal Palace, where art exhibitions take place. Near the entrance, visitors will find a pond where they can rent a boat. There are many fountains and statues in the park’s gardens and paths.

The Golden Triangle is the cultural center of the city, formed by the city’s three main museums, the Prado Museum, the Reina Sofia Museum, and the Thyssen Bornemisza. Around this area, there are several cultural centers and smaller museums.

The city’s historic center is known for its small plazas, cobbled streets, and traditional buildings with iron railings. One of the main plazas is the Plaza de Sol, where the city’s symbol, a bear with a madroño tree, is located. The Plaza Mayor is located nearby and is filled with Terrazas.

The official stadium of the Real Madrid Football Club is located on the Paseo de la Castellana, one of the city’s main streets. Guided tours are organized around the stadium, and visitors will be able to visit the official shop selling the team’s merchandise. Inside the stadium, there is a museum dedicated to this historical football team.

Serrano Street and the adjacent streets are considered to be one of the city’s most chic shopping areas. The city’s main department store, El Corte Ingles, has several buildings in the neighborhood, where visitors can buy local and international brands. These streets are known for the many chic bars that serve cocktails and traditional restaurants specializing in-game and fresh seafood.

This district is located near the city center, off the Gran Vía main street. The district has bars catering to all tastes, ethnic restaurants, and many clubs. During the afternoon many locals meet in one of its plazas before heading to one of the many lounges and tapas bars. The streets are filled with young designer boutiques, retro shops, and vintage stores.

This centric district is one of the city’s main party places. During the afternoon locals flood to the many tapas bars and restaurants, and after head to the clubs and discos. The Plaza de Santa Ana is the main meeting spot and has many Terrazas where visitors can enjoy cañas and tapas.

Located near the south of the city center, it is a traditional Madridian district. There are several markets located there where visitors can buy fresh fruit and several varieties of jamón. Many markets have a bar area where traditional breakfasts, including churros with chocolate and pan con tomato, bread with olive oil, and fresh tomato, are served.

The city’s main flea market, the Rastro, is located there.

El Escorial is located north of the city, in the sierra. The Monastery of San Lorenzo of Escorial is the town’s main attraction, a large structure with symmetrical gardens that have been a monastery, a palace, and a pantheon. Tours are organized around part of this ancient palace.