Top 10 things to See in Venice 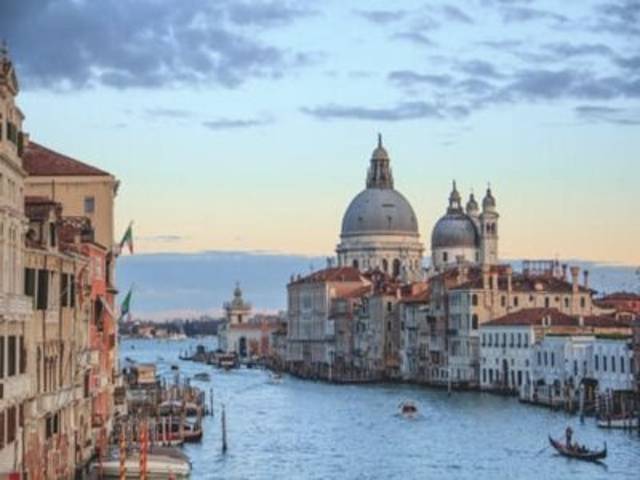 Venice, Italy is one of Europe’s most beautiful and romantic cities. The city was built atop the marshy Venetian Lagoon area and is world-renowned for its amazing works of art, architecture, and beauty. The northern Italian city is made up of over 100 small islands connected by bridges and divided up by canals. There is a lot to do in Venice so I have chosen the top 10 things to see in Venice to make your trip special.

Top 10 Things to See in Venice

It is easy to fly into Venice to either of the city’s two International airports. When you are planning a trip to Venice make sure to also check the cheap flights on fly.co.uk. Venice’s larger airport is the Venice Marco Polo Airport, located 14 km from the city center. Venice’s smaller airport is a bit farther from the city center (40 km), however, this is where you’re more likely to find cheaper flights. This airport is called the Treviso-Sant’Angelo Airport. The best time to visit Venice is during the spring or autumn when the temperature is milder, and you get a more authentic representation of Venice without too many crowds.

Built between the years 1084 and 1117, Saint Mark’s Basilica is Venice’s most famous church and represents Italo-Byzantine architecture. The cathedral is on the eastern side of the Piazza San Marco (Saint Mark’s Square). It is connected to the Doge’s Palace, another one of Venice’s famous attractions. Filled with beautiful relics, and gorgeous mosaics, Saint Mark’s Basilica is easily one of Venice’s most popular attractions, and audio guides are available in a multitude of languages.

Originally just a wooden stockade with watchtowers and a moat, the Doge’s Palace eventually became the grand palace that we know today, reflecting Venice’s newfound wealth and power from the 14th century, in which it was built. The Doge’s Palace was the home to the Doge, who was the supreme authority of the Republic of Venice. The palace contains a great courtyard, Museo dell opera, the Doge’s apartments, new and old prisons, and the now famous ‘Bridge of Sighs’. Since 1923 the palace has been open to the public as a museum.

Although this is part of the Doge’s Palace, the Bridge of Sighs has become a landmark in its own right. This bridge crosses the Palace River, or the Rio di Palazzo and connects the Old Prison and interrogation rooms which are located in the Doge’s Palace, to the New Prison across the river. Legend has it that the bridge got its name because the prisoners crossing the bridge on their way to their imprisonment or execution, would ‘sigh’ as they took their last glance of the outside world.

The St. Mark’s Campanile, also located in St. Mark’s Square, is the bell tower for the St. Mark’s Basilica and one of the landmarks highly associated with the Venice skyline. The tower that stands there now is actually a reconstruction, as the original tower collapsed completely in 1902. Atop the Campanile, you can see the walking lions, a symbol for St. Mark, and the Goddess of Justice, who is meant to represent Venice.

The Grand Canal, or Canal Grande, as it is called in Italian is the largest of the city’s many canals and is the main waterway spanning through Venice. The Grand Canal starts from the Saint Mark’s Basin and sweeps through the city in a serpentine shape to the Santa Lucia train station on the other end of the lagoon. The canal is roughly 3800 meters long, goes from 30 to 90 meters in width, and is 5 meters deep.

When one thinks of Venice, one of the first things that pop into mind is a romantic gondola ride through the city’s canals. Once the main form of transportation, gondolas are now mainly just used for sightseeing tours, and for tourists looking for a unique experience. Gondola rides can be quite pricey, and that’s why the main form of transportation to navigate Venice nowadays are the water buses, or Vaporetti, which are much faster and inexpensive.

Out of the many bridges spanning the Grand Canal, the Rialto bridge is probably the busiest and the most photographed and is a major tourist attraction. The Rialto bridge connects the San Polo and the San Marco districts.

8.) Basilica of St. Mary of Health

Santa Maria Della Salute, as it is called in Italian, is an outstanding basilica situated on a narrow strip of land in between the Grand Canal and the St. Mark’s Basin. Easily seen from the vaporetti, the Santa Maria Della Salute has become one of the most photographed sites in Venice. The basilica was built after a deadly plague that haunted the city had ended. Every year, on November 21st an annual feast is held at the ‘Salute’.

Murano is a nearby island, also in the Venetian Lagoon of northern Italy. This island is particularly famous for its glass making, specifically lampworking. It is definitely worth a day trip to visit the island, where you can see the masters at work. Venetian glass is a wonderfully memorable and delicate souvenir.

Like Murano, Burano is located near Venice and within the Venetian Lagoon. This village is most famous for its brightly painted houses, and also the lacework that is produced there. You can go into some of the shops and see the women at work stitching away at their perfect ornamental threadwork.

**BONUS: Venice has just too much to offer, so here’s an extra thing to see in Venice. The Peggy Guggenheim Collection. Located on the Grand Canal, this modern art museum was once a private art collection. Peggy Guggenheim was an American heiress and began to open her collection to the public seasonally in 1951. Since her death in 1979, the collection was taken over by the Solomon R. Guggenheim Foundation and is now open all year round.