MV Ganga Vilas: All You Should Know About Purpose, Ticket, Facility, and More 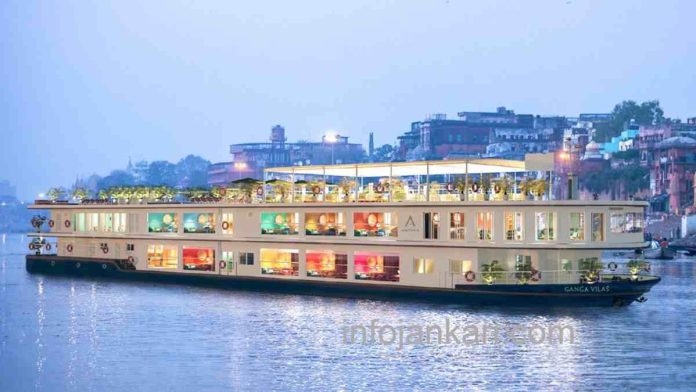 Even though the ticket for this trip with five-star luxury facilities is in the lakhs, overseas travellers are jostling for bookings. You’ll be astonished to learn that the year 2024, i.e. the next two years, is practically completely booked. About 68 crore rupees were spent on making Ganga Vilas Cruise as per the director Raj Singh of this cruise.

MV Ganga Vilas is the first cruise ship which is built in India. Dr Anipurna Ganimala designed the Gagla villas cruise. The interiors are created with Indian culture and heritage in mind. The Cruise’s design incorporates bright and light hues. The artworks were also chosen with Indian culture in mind. In adorning the boat, the emphasis has been on Make in India and Indianness.

It covers a distance of 3,200 km in 51 days. The 32 passengers of Switzerland making the maiden voyage were welcomed at the Varanasi port with the tunes of Mallyastha and Shehnai. They will go on a cruise before visiting various religious and historical places in Varanasi.

Today, the world's longest river cruise – Ganga Vilas, has embarked on a journey between Kashi and Dibrugarh.

Due to this, many tourist places of Eastern India are going to benefit. pic.twitter.com/SlE4pvd2Or

According to Cruise Director Raj Singh, this five-star hotel has 18 workshops with a capacity of 36 soldering irons. Apart from this, there is a provision of tents for 40 crew members. Equipped with modern facilities, the vessel is 62 meters long and 12 meters wide and requires a draft of 1.4 metres.

This approach will take 27 river crossings and pass through various prominent places. Uttar Pradesh Tourism Minister Jaiveer Singh has issued a statement in Lucknow, Cruise World heritage sites, national parks, river ghats and coasts of Bihar, Sahibganj in Jharkhand, Kolkata in West Bengal, Dhaka in Bangladesh and Guwahati in Assam are major Will cover 50 tourist places including the city. 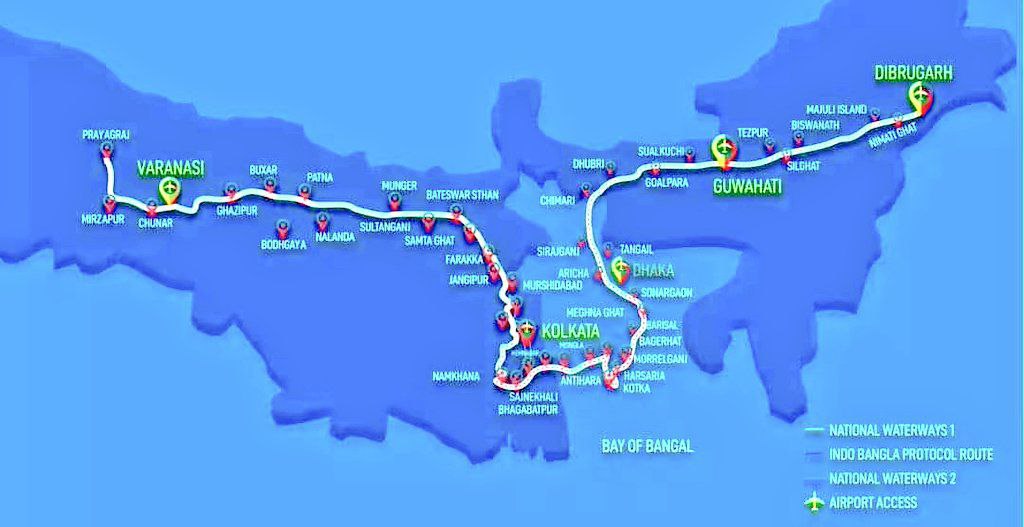 The total cost for the 51-day voyage would cost around Rs 25,000 to Rs 50,000 a day, with a total cost of around Rs 20 lakh per passenger. The cruise is equipped with a complete system and noise control technology, he said.

One can book tickets from the official website of Antara Luxury River Cruises. Currently, booking is impossible as a Swiss-based company has already booked the ongoing journey. The next trip is likely to be in September for which bookings will start.

According to the cruise director, there is a sewage treatment plant on this cruise so that no sewage flows into the Ganges, as well as a filtration plant that treats Ganges water for bathing and other purposes. is pure.

Also Read: Goa Trip: Top 10 things to do in Goa

Road Trip in Canada: Top 10 Ways to Make the Most out of it