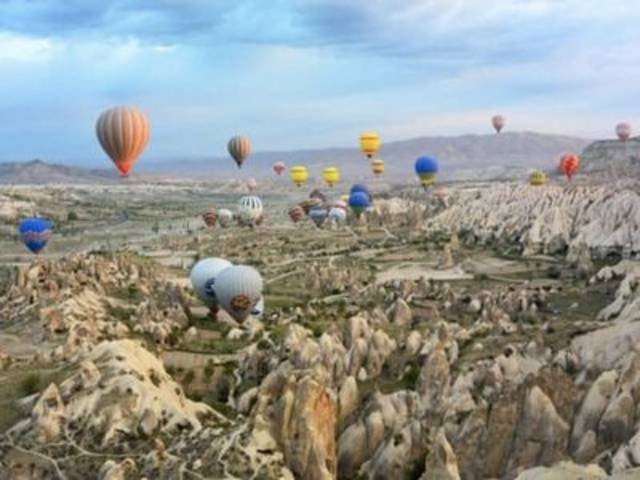 The waters around the Turkish Coast are crystal clear and warm. They are so welcoming. Summer temperatures on the West and South Coasts of Turkey, the Aegean and the Mediterranean, are such that nights are warm and the water likewise. There are few greater pleasures than getting a deluxe gulet charter Turkey and swimming in those warm waters while dinner is being prepared on board. Indeed it is even possible to catch dinner by fishing during the day. The waters have many different species with red mullet, sea bass and sea bream commonly caught right around the coastline. A nice Turkish wine, fresh grilled fish and salad is a lovely way to end the day.

Those thinking about taking a charter to explore the South West of Turkey and the Greek Islands may well decide to head for Bodrum which is a peninsula just north of the Datca Peninsula but still in the Turkish Province of Mugla. This is a very popular tourist region served by the airport at Milas, just over half an hour inland from Bodrum with regular direct flights from Easter until the approach of winter.

Bodrum is on the site of the ancient Carian city of Halicarnassus, It was captured by the Persians and was thus on the front line facing its enemy, the Greeks but the Persians were forced back by Alexander to become allied with the Greeks once again. The Mausoleum of Mausolus, one of the Seven Ancient Wonders of the World was built here in the 4th Century BC but although visitors to Bodrum today can see plenty of evidence of the history of the region, the Mausoleum has long since gone. There is instead an interesting castle, vibrant nightlife, a huge number of places to drop anchor and the proximity of the Greek Islands.

The closest island is Kos, a long and narrow island just a short distance offshore. It is a popular tourist destination and indeed has its own airport. It is possible to book an itinerary that includes a number of Greek islands with Santorini, Samos and Rhodes just a few of the alternatives. While the Greeks and the Turks have some issues at the national level, there are no problems whatsoever moving from Turkey to Greece and back again a number of times on the same holiday.

An alternative to Bodrum is a flight into Dalaman Airport and travelling just under an hour further east to Fethiye, a growing town that has developed good tourist infrastructure. It has a modern harbour and boats that are available for hire to head west along the coastline visiting Gocek, Iztuzu Beach, Marmaris and the Datca Peninsula.

Sailors who want to go east can drop into places like Kalkan and the increasing important diving town of Kas. There is no reason to sail great distances because Oludeniz, Butterfly Valley and numerous uninhabited islands are on Fethiye’s doorstep. There are innumerable deserted coves to drop anchor and simply relax.

Further east again, Antalya has become a major Turkish City whose airport even rivals Istanbul for the volume of traffic it handles. Its old town Kaleici predates the Romans and its cobbled streets and old Ottoman buildings are a pleasure to walk amongst.

Cruises that head west from Antalya towards Kas have much to delay them. There are significant historical and cultural sites that date back to the time of the Lycians, well before Christ. There is the Church of St. Nicholas, seen as the modern-day ‘Santa Claus, Myra, Olympos and the sunken city of Kekova.

You can surely see how many choices you have when you begin to think about a holiday with a difference; deluxe cruising IN Turkish waters? Add to the things to see and do the wonderful cuisine involving the fruit and vegetables that are in season, olive oil, of course, fresh fish, herbs and spices. One of the reasons why tourists have returned to Turkey year after year is the natural hospitality of its people. All of this added together is a compelling reason to sit down and do some research into your next holiday. Have an open mind, remember how calm the seas will be and make an enquiry visit their website.