HomeTravelTop 10 things to do in Edinburgh, Scotland
Travel

Top 10 things to do in Edinburgh, Scotland 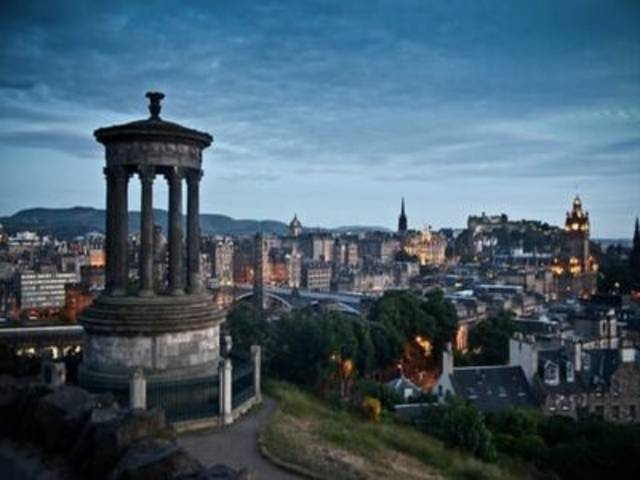 You could easily spend 48 hours in Edinburgh and tick off the entire list if you wanted to push it. However, I think spending 4 or 5 days in Edinburgh is the best.

Top 10 things to do in Edinburgh

Walk up to Arthurs Seat

Arthurs Seat rises up above Edinburgh giving spectacular views across the central city out to the open ocean. Walking up Arthurs Seat only takes about half an hour if you go the most direct route.

Or spend a bit longer strolling through the park at a leisurely pace.

The best way to orientate yourself in a new city is by taking a walking tour. Edinburgh is no different with its narrow alleyways and winding streets, we recommend jumping on the Sandemans free walking tour.

It departs from the Royal Mile, outside Starbucks, twice daily at 11 am and 1 pm. There are both Spanish and English versions to cater to the huge number of tourists that arrive every day. You will learn about the darkest history, secret myths, and the birth of Harry Potter.

While booking is not essential, there may be a need to arrive at least 15 minutes early during summer to make sure you get a spot.

If you are not ready to tackle Arthurs Seat just yet then you might want to check out Calton Hill. It only takes about five minutes to get to the top of the hill from the steps leading up from Regent Road on the Southside. Or the Royal Terrace on the Northside.

Bring your camera to capture the beautiful views across Edinburgh to the Castle. As well photos of the historic buildings and structures on top. Nelson’s Monument is the tallest alongside the Observatory and unfinished “National Monument”, which was meant to be a replica of the Parthenon in Athens.

Holyrood Palace is still used by the Royal Family and as the Queen’s home when she visits Scotland. Situated at the base of the Royal Mile it backs onto Holyrood Park and Arthurs Seat.

You can spend a few hours exploring her residence when she isn’t home. As well as the ruins of Holyrood Abbey alongside the Palace.

Hike in the Pentland Hills

The Pentland Hills Regional Park provides plenty of open space away from the hustle and bustle of the city center. And with over 100km of signposted walking and biking paths across the hills, you won’t grow bored.

While the Pentland Hills is close to Edinburgh city center it is actually wiser to save you energy for the hills. Instead, catch a local bus to the base or drive out to one of the local car parks.

Shop at the Edinburgh Farmers Market

Farmer’s markets provide you with fresh produce and local delicacies. Not to mention that you are supporting the local community.

We love popping down to the Edinburgh Farmers Market every Saturday morning on Castle Terrace to grab a coffee and one of the famous pulled pork sandwiches. Delicious!

The Edinburgh Marathon is one of the biggest running festivals in the UK, and importantly, it’s also the fastest marathon in the UK. So if you want to step up from a men’s half marathon or women’s half marathon race, then this is the one for you. Plus you get to run past most of the other top 10 activities here. A great way to explore the Scottish capital.

It is Scotland’s largest running festival of its kind with over 30,000 runners taking part in May each year. With 7 races on offer over two days including the marathon, half marathon, team relay, 10k, 5k, and junior races, there really is something for everyone!

Princes Street Gardens or the Meadows

After running around all day exploring Edinburgh and hiking up hills you will be exhausted. Take the weight off for a few hours by relaxing in Princes Street Gardens or down at the Meadows.

With lots of open space, there is still room for kids to run wild. Plus you can set up a BBQ in the evening, pop a few beers and enjoy the long summer evenings. Not recommended in winter when the sun sets around 4.30 pm!

Explore the Water of Leith

You wouldn’t realize the Water of Leith walkway existed if you hadn’t heard about it. Winding through the city center is ideal for an afternoon wander or early morning jog.

The path is even suitable for cycling, although take caution when you are approaching other users as some places can be narrow. You don’t want to end up in the Water of Leith itself!

Since the Water of Leith winds through the heart of the city, you can choose to join it at a number of spots from the picturesque Canal complete with rowers and Canal boats, to the Pentland Hills.

Standing proud and watching over the city for the last several hundred years is Edinburgh Castle. While a tad on the expensive side there is plenty to keep you occupied with the Crown Jewels and the Stone of Destiny stealing the show.

Not to be missed is the One O’Clock Gun salute fired every day apart from Sundays, the hidden dog graveyard, and the Castle Vaults with a really cool Prisoners of War exhibition.