Top 10 things to See in Hawaii 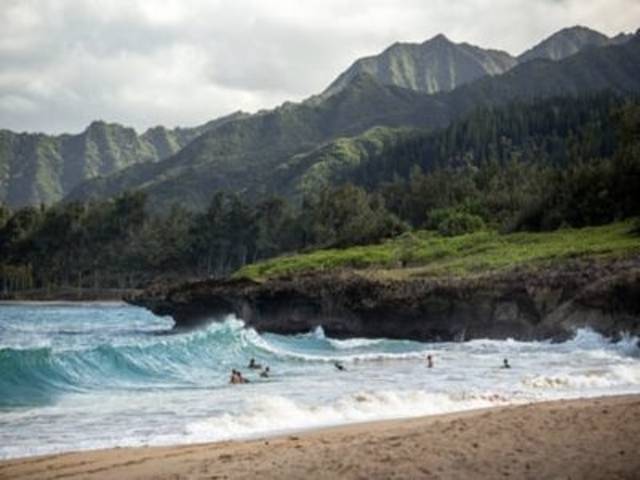 The Hawaiian archipelago consists of 6 major islands with cruise ships visiting the four largest; The Big Island, Maui, Oahu, and Kauai. If you’re taking a cruise to the islands or intend to visit the big four, then these are the top 10 things to see in Hawaii.

Top 10 Things to See in Hawaii

Here is the list of the top 10 things, which you can do in Hawaii.

Iao Valley state park is near the center of the extinct West Maui Volcano. This is one of the wettest locations in Hawaii receiving nearly 400 inches of rainfall a year. Rainfall and erosion have carved up the mountain making for spectacular scenery.

Haleakala is a huge shield volcano on Maui rising to an elevation of 10,000ft. The top of the volcano is an otherworldly kind of place, resembling a colorful moonscape. In fact, astronauts trained for the Apollo 11 moon landing on Haleakala. The volcano is thought to erupt roughly every 700 years.

The Road to Hana

Much of the island of Maui is quite dry making it a popular winter destination for tourists. But on the southeast section is the road to Hana, a 68-mile long highway that takes one through the island’s lush tropical side to the small town of Hana and beyond. The highway features several waterfalls and thousands of shades of green.

Waimea Bay is one of the most famous surfing locations in the world. During the winter months, surfers tackle the monster swells that batter Oahu’s north shore.

In December the Eddie Aikau surfing contest is held here to honor Oahu’s legendary lifeguard. The tournament is only held if waves reach at least 20 ft high. At least a few times per year the surf will exceed 30 ft in the Bay. During the summer months, the ocean turns calm and flat.

Hawaii is known for its spectacular razor-sharp mountain ridges. On Oahu, highways cut through the mountains at several locations. The Pali lookout offers amazing views of East Oahu.

Kauai’s Waimea Canyon is nicknamed the Grand Canyon of the pacific. Not as big, but much more beautiful and dramatic, Waimea Canyon’s contrasting colors are a photographer’s delight. Helicopter tours allow one to explore the waterfalls inside the canyon.

A large section of Kauai’s North West coast is only accessible by boat and foot. Here’s you’ll find remote beaches, waterfalls, sea cliffs, and ancient valleys. Cruise ships take their time along this section of the coast, giving passengers ample time to soak in the views.

The Big Island of Hawaii is home to one of the most active volcanoes on earth. Fortunately, the eruption isn’t terribly violent, with lava slowly flowing in underground tunnels into the ocean, sometimes emerging onto land. Although lava viewing isn’t always possible, Volcanoes National Park is still one of the most fascinating places to visit. The park offers many hiking trails and opportunities to see craters and recent lava rock.

Hawaii has many botanical gardens. Hawaii’s native foliage isn’t what most people expect. The colorful plants one associates with the islands are actually imports from Asia. Native species are more subdued. The Hawaiian Tropical Botanical Garden on the Big Island is one of Hawaii’s best, with pleasant walking paths leading to a beautiful ocean scape, a favorite for weddings.

Hawaii has over 100 great tourist beaches and on every island, you’ll find something to suit your tastes. Some of the best beaches include Hanalei Bay on Kauai, Kailua Beach on Oahu, Kaanapali Beach on Maui, and Hapuna Beach on the Big Island.