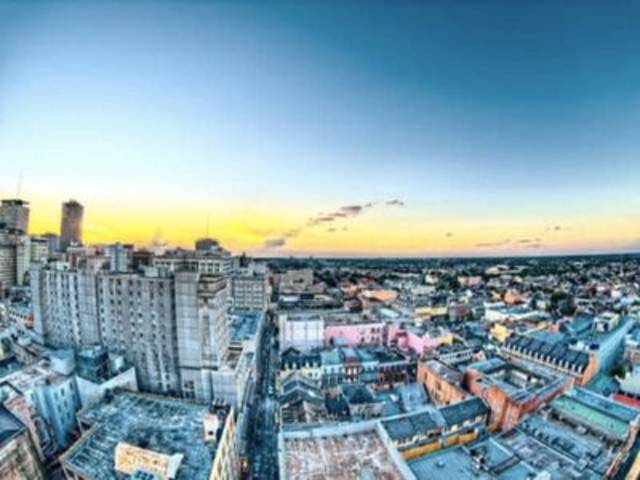 If you have a sweet tooth then New Orleans is the place to go for some relief. These are the best sweet treats for the top 10 things to eat in New Orleans.

Many of the treats found in this lively city can’t be found anywhere else in the world and are so delicious you’ll find yourself coming back just to get your hands on some more of these sugary snacks. If you don’t do anything else during your visit to this great city be sure to save room for dessert.

Beignets are squares of fried dough that are sprinkled liberally with powdered sugar. Some people call them New Orleans doughnuts, however, their flavor is significantly different from that of a typical doughnut. You can find this treat throughout the city but the most popular place to enjoy them is at Cafe du Monde on Decatur Street as you listen to a live jazz band.

The praline (pronounced prah-leen) was brought to New Orleans from France in the 19th century and today is a dentist’s nightmare. Made with brown sugar, butter, and pecans, this candy can be bought in just about any store in New Orleans. Aunt Sally is a popular praline candy maker. If you’re in the French Quarter, stop by the store for a free sample.

King Cakes and Mardi Gras go hand in hand in New Orleans. While some bakers create and ship these ring-shaped pastries all year, they’re only available in stores from late December through Ash Wednesday. As a result, “King Cake season” is a seasonal event that locals anticipate all year. This dish can be eaten plain or packed with various fruits, but it is always covered with a thick, colorful sugar frosting.

Sometimes, when bread in New Orleans goes stale it gets a second chance in the form of bread pudding. This delicacy, which can be found in many New Orleans restaurants, is soaked in an egg mixture before being baked and then covered with a rich, sweet sauce (usually rum-based). It is sometimes served with pecans or, my favorite, raisins.

You’re not going to find this fruit-filled pie in restaurants but in almost every grocery and convenience store in the city. While distribution has been temporarily halted due to a fire everyone who has had the joy of seeing this in their lunchbox growing up is anxiously awaiting its return. If you’re lucky enough to visit once these are available make a point to pick one up. You’ll be glad you did.

Once again, sweet potato pie is more of an all-around southern dish. However, in New Orleans, you can experience the legend of Omar the Pie Man who began selling his homemade sweet potato pies from his truck in the 1960s. While the Pie Man left us in 2002, you can still enjoy his confections via The Southern Sweet Potato Pie Company which distributes pies to local restaurants and businesses in the area and across the country.

This is not a sno-cone or shaved ice, it’s a sno-ball. A big difference if you ever leave New Orleans and try to find a comparable substitute. A sno-ball is finely shaved ice that is saturated in flavored syrup. A popular flavor that you won’t many other places is chocolate. You can also top it with condensed milk or “cream”.

Each Summer is marked with lines of kids standing in line at a sno-ball stand with their dollars trying to decide which flavor to get.

If you’re lucky you’ll spot the infamous Roman Chewing Candy Co. wagon during your visit to New Orleans. Built in 1915, this wagon sells homemade taffy-like dessert for a mere one dollar a stick. Four generations later,  the original Italian recipe is still used to make this unique candy.

Roman Chewing Candy was always something to look forward to during school trips to the Audubon Zoo as a child and kids are still enjoying the same chewy treat today.

This dessert can be a treat for the eyes as well as the taste buds.  Introduced by the New Orleans establishment Brennan’s Restaurant in the 1950s, Banana’s Foster is ice cream topped with cooked banana and a thick sauce of sugar, butter, and rum that is flambéd (at your table if you’re lucky).

You can find this dish almost anywhere in the city but for the original head to Brennan’s Restaurant for a taste of where it all began.

Banana pudding isn’t an exclusive New Orleans treat. It’s a southern thing that New Orleanians are happy to embrace. You’d be hard-pressed to find a dessert menu that doesn’t offer this item. Layers of vanilla wafers, banana slices, and banana pudding are difficult to mess up.

Different restaurants like to add their own personal touches but it’s a good bet that it’ll be delicious wherever you choose to go.