HomeTravelTop 10 things to do in Nairobi
Travel

Top 10 things to do in Nairobi 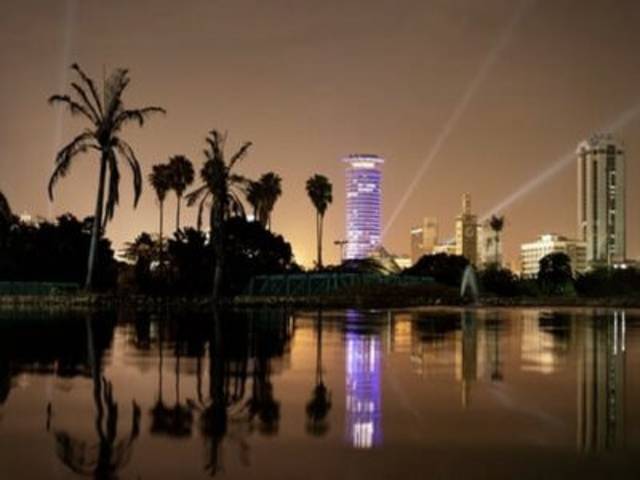 Nairobi often gets a hard time being a dangerous and scary capital city to visit. However, if you are safe and take precautions then there is no reason why you shouldn’t visit. These are the top 10 things to do in Nairobi when you visit Kenya next.

Top 10 things to Do in Nairobi

Tucked amongst wrought iron gates and clipped hedges of the established old-money suburb Karen (named after Karen Blixen, of “Out of Africa” fame), sits Giraffe Manor – hotel, restaurant, and giraffe sanctuary. The giraffe feeding platform is great for kids, and you’ll be given food and instructed how to feed the giraffes gently. In the background, more of these willowy necks wade through the greenery.

Get Meaty at Carnivore

Yes, Carnivore is absolutely for tourists – it provides the ultimate Nairobi tourist experience – but with such delicious food, great service, and a chance to eat as many different types of slowly roasted fire-cooked meat as you can – why not be a tourist in Nairobi? For a set price, visitors are plied with soup, salad, and a turn-table designed to complement the main attraction – skewers and platters and shoulders and carcasses of meat, all roasted to perfection on a central fire. As well to the usuals – chicken, tenderly pink beef, pork sausages, and lamb, diners are also able to try out crocodile, bull’s balls, ostrich meatballs, and other unusual species. The dawas (a Kenyan cocktail similar to a caipirinha but made with honey) are fresh and made at your table by a barman toting a tray around his neck. Go hungry and plan to spend the afternoon.

Make both kids and adults happy with a brunch at Zen Garden – while adults sip their cappuccinos and eat eggs benedict or chocolate gateau from the on-site patisserie, little people are able to roam free across the large lawn and take over the jumping castle. Aside from the occasional scratched-knee-inducing yell, this outside venue is very Zen, as it invites leisurely catch-ups for those with offspring. Word of warning, however – you are paying for the finest ingredients (many of them imported), the jumping castle, and quite possibly the lawn upkeep. The prices are top drawer, but then again, so is the food.

If, like me, you are reading about the misadventures of the English settler aristocracy in James Fox’s White Mischief while in Kenya, you will definitely want to see the scene of many a drunken soiree, illicit hook-up, and all-night bender. Still the most exclusive gentlemen’s club in Eastern Africa, the Muthaiga Club is strictly members only but nobody minded when we pitched up to wander around and take a few unobtrusive photos (although none were allowed inside). Much like a dapper aging gentleman itself, the Muthaiga Club is a bastion of colonialism, with the whisper of old money, the British Empire, and afternoon tea tradition echoing through the slightly worn, distinctively pink halls.

Visit the Nairobi National Park for a day, or part of one, to see wild African animals in their natural habitat. The park, which is surprisingly close to the city, contains all of the ‘big five, as well as giraffes, warthogs, buffaloes, and many species of birds. If your itinerary is not allowing a protracted visit to one of the bigger Kenyan parks, the Nairobi National Park is a great experience and its convenient location makes it an ideal destination to take the kids.

Right in the center of the city, surrounded by historic buildings in this market full of arts, crafts, curios, and enterprising Kenyans (don’t get your hopes up though; we didn’t meet any Masai here). Although one has to exercise a certain amount of discretion, this is a good place to shop around for traditional woven blankets, hand-made jewelry, and t-shirts to take home. We also found surprisingly good deals on vintage leather bags, with a whole corner of the market allocated to stands selling rediscovered hold-alls, backpacks, and handbags of aging but good quality leather.

Like most of Nairobi’s nightlife, Tree House only comes alive after 1:00 am and its wooden platform comprising of a stretch bar and dance floor up among the branches is host to a range of international ex-pats and interesting people. We were invited to one of their t-shirt parties – everyone wears a white shirt and receives a permanent marker to sign and write messages on everyone else. The party was hosted by the queen of Nairobi nightlife – Akinyi Adongo. And although we were initially skeptical, the idea proved to be a great ice-breaker as we partied with soldiers from the British Army, South African construction workers and business people, a Moroccan arms trainer working for the UN, and Kenyan party animals.

Hike in the Forest

The shady suburb of Runda, filled with an international community working at the UN headquarters and various embassies, is also home to the Karura forest which separates this leafy first-world oasis from the bustling center of the city. Although you’re charged a fee to enter (dependant on whether you are Kenyan, a resident, or a visitor), the forest is a beautiful place to spend a morning.

Relax in the Spa at Tribe

Make like Nicole Kidman, Angelina Jolie, and Wyclef Jean and head to Iranian-owned Tribe Hotel – a modernist oasis of glamour and comfort. Their restaurant  – Jiko – serves the finest (imported) food and branded alcohol and their bohemian bar in the sky – the Crow’s Nest, is where they host the city’s young, rich and beautiful for late-night drinks. But the best part of the hotel is undoubtedly the spa. Set apart from the main building and linked by the curving swirls of a swimming pool, Kaya Spa blends Western spa traditions and prices with African hospitality and a range of African and Middle Eastern treatments.

Go ‘Out of Africa’

Karen Blixen, the Danish explorer who wrote “Out of Africa” and other books under the name Isak Dinesen, had more of an impact on Nairobi than literary history. Her homestead, set on the plains under the Ngong Mountains and now part of the eponymous Karen suburb but once rural and surrounded by free land, has been preserved as a museum. Some of the original furniture and many of her paintings remain – all of them reminders of the bond she had and the work she did with the people who lived on her farm. For better or worse, Blixen became involved in education, the distribution of medicines, and even tribal politics, and spent a tumultuous few years in Nairobi before leaving Kenya forever.