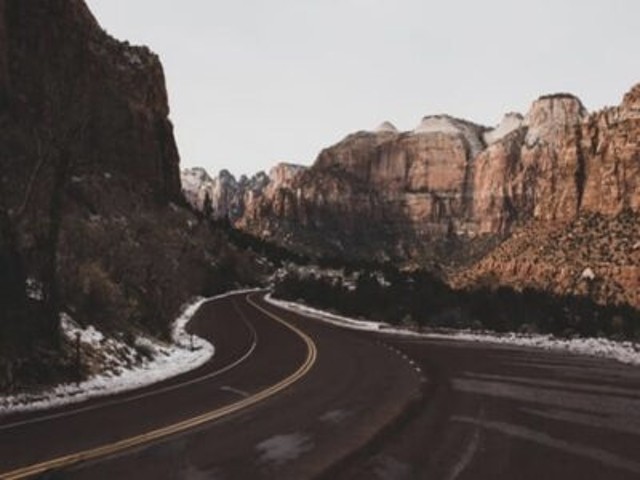 There is something special about planning a road trip. That kind of trip is sometimes underestimated but it gives you not only freedom but also the chance to explore a place in a way that you can never do using other kinds of transportation. Besides, it might be a lot cheaper, just look for a budget car rental. Australia gives many excellent opportunities for road trips. Actually, the hardest part is picking the route since there are so many great options. Our list of top 10 Scenic Drives in Australia might help in your planning.

If you love the beaches, then Rockingham Scenic Drive also known as Route 202 is just for you. The ride will take you through the spectacular coastline from Palm Beach to Safety Bay. This area is known for its endless picturesque beaches where tourists have the chance to see some dolphins as well. It is a very convenient route and you can rejoin the highway at any time.

Barossa Valley is a place for wine lovers and a must-see for any visitor to South Australia. The wine regions are just over an hour north and inland from Adelaide and the best way to travel there is by renting a car. Don’t worry if you have too much wine to drive, there are charming hotels in the region. Barossa Valley is a beautiful network of roads that will take you to incredible little towns and vineyards.

The Great Ocean Road is 243 km long and stretches along the south-eastern coast of Australia between the Victorian cities of Torquay and Warrnambool. It is a spectacular drive along the coastline through charming little towns often called the most beautiful road in the country. The road was built by returned soldiers after World War I and was completed in 1932. It is the largest war memorial in the world, dedicated to the casualties of the War.

The Snowy Mountains driving route gives a great chance to visitors to explore the region and take a close look at the highest mountains in the country. Their travelers will see some of the most diverse flora and fauna and get to know better some of the historic towns in the region.

If nature captures your imagination with its beauty, try the road between Norseman and Ceduna. The name Nullarbor comes from the Latin word “nullus arbor” meaning “no trees”. This is absolutely true, don’t expect to see trees along this amazing ride. The land there is really flat and offers some breathtaking views along the way. Don’t pass by the Great Australian Bight, which boasts the longest uninterrupted cliff face in the world.

The Grampians is another great wine region located in the state of Victoria. The ride there will give you a chance to meet the kangaroos and some beautiful wildflowers. Just make sure that you packed your camera.

If you are looking for a shorter but still scenic drive, try the Blackall Mountain Range in South East Queensland. The mountain is high enough to provide some of the best views in the region.

Looking for adventures in Australia? Take the Savannah Way. It is a network of highways and major roads across the tropical savannahs of northern Australia. It is one of the favorite drive routes for tourists in the country and there is a good reason for that – you can stop in the historic towns but also admire some true natural wonders along the way

Fleurieu Peninsula is easily accessible if you happen to be in Adelaide. Taking this route will help you feel like the French explorer Nicolas Baudin who mapped the south coast of Australia in 1802 and named the peninsula after his fellow countryman Charles Pierre Claret de Fleurieu.

Hour Trail is another part of Australia that offers practically everything – green valleys, big rivers, deep forests, and of course the Hartz Mountain National Park in Tasmania. If you take this road, you will have the chance to drive from Horbat to the southernmost road in Australia and back. This trip will not disappoint you.