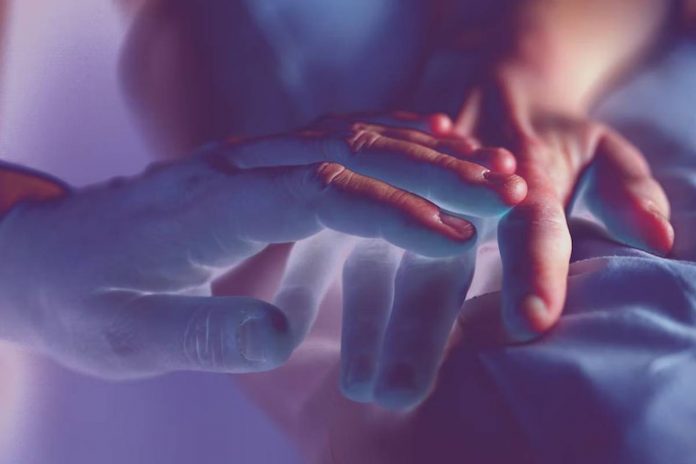 Nowadays you must have seen the use of the word RIP on social media or elsewhere. If you have not understood what it means, then read this post because after reading this post you will know the full form of RIP, its origin and its meaning.

This word is used to express one’s condolences after someone has died. The word RIP is used for the peace of the soul of the dead person.

Most of the literate, educated and knowledgeable Hindus use REST IN PEACE – RIP to express their condolences. The main reason for this is the lack of awareness of our cultural and historical traditions, that Hindus write RIP without understanding the meaning behind this Christian practice of paying tribute. I do not doubt the good intentions of the Hindus, what is really worrying is that we have become oblivious to the message of Shri Krishna in the Gita.

Meaning: Just as human beings in the world give up old worn-out clothes and accept new ones, in the same way, the soul leaves old bodies and acquires other new bodies. The meaning is that like a person who puts on new clothes, leaving the old clothes, the soul is always immutable.

On the basis of ‘accumulated (sanchit) karma’, the soul (Aatma) enters a new body in a special ‘yoni’. The concept of reincarnation on the basis of karma is a piece of common knowledge and I am sure, every Sanatan Dharma knows or should know about it.

In fact, the concept of RIP is similar to the concept of sprite, which is basically a curse in the Hindu way of life. When we say rest in peace, we are praying that after a person leaves his body, his soul stays in one place on earth and it becomes a ghost for eternity. Hence the concept of Terahvi (13 days) in the Hindu way of life. Every day for 13 days the family members of the deceased with various invocations and offerings request the phantoms to leave this earth and go to their next destination, which may be incarnation or moksha (salvation). By saying ‘Om Sadgati’ we inspire the soul to move forward and not live here in ‘Peace’.

RIP Full Form: What is the full form of RIP?

The word RIP is derived from the Latin language Requiescat in Pacem. The word RIP means “Rest in Peace”, and is a term used by Christian or Muslim communities when praying for the soul of a deceased person to rest in peace. In the Christian community, after the death of human beings, they are buried and write Rest in Peace on their graves. Early Christian tombs with signs such as “RIP” (Rest in Peace) did not mean that they died “peacefully”, but rather that they went into the infinite peace of the Church, that is, joined Christ in the Church and Other than that nothing.

Why should the followers of Sanatan Dharma (Hindus) not use RIP?

According to their belief, when the body dies, it is immediately judged by either God or Allah to have eternal life in heaven or the fall of hell. Both ‘virtuous’ and ‘cursed’ will experience eternal happiness or eternal misery in both body and soul. When the ‘End of Time’, ‘Judgment Day’ or ‘Day of Judgment comes, there will be a ‘resurrection’ of the body and all these dead bodies (corpses) lying in the grave on that day will come to life again, until that day All the dead bodies waiting for “Rest in peace. The soul will reunite with it and become human again. It can be read in detail on the official website of the Vatican, specifically Part One – The Profession of Faith, “Catechism of the Catholic Church”.

According to these beliefs, if the person believes in Islam or Christianity, then the body will be in peace, otherwise, there will be eternal pain and suffering. At the end of time, God/Allah will rise all the bodies from their graves and pass judgment on them. Therefore, Islam and Christianity have the concept of Rip Peace (RIP) (infinite peace, if Christianity is believed).

One life principle is the greatest snag

If an organism believes that it has only one life to live, it remains stuck in that body for a long time. It believes that whatever it gets best it will get in this life because the next body will no longer be found, because that is what it is told, so it does not want to take another body even if it has the opportunity. It does not accept the next body and remains in the same state. So, when you call someone “RIP”, you are basically implying that they are stuck in this situation. If you are a Sanatani, then saying this (RIP saying) does not wish for a good path for the departed soul.

Why should one say “SADGATI”?

The concept of death is totally different in Sanatan Dharma (Hindu). It is reiterated in all the major Hindu holy texts including the Bhagavad Gita, Kathopanishad, Shivagamos, and Puranas that according to cosmic laws, the soul or individual consciousness cannot perish, it is indestructible. It is a reflection of the cosmic consciousness or the divine. It is bound by karma and Maya and continues its journey from one birth to another until the ultimate liberation or attainment of moksha.

“Ekoham Bahushyam”, as it is said in the Vedas and Upanishads, means the cosmic consciousness manifests itself in the form of many living entities to celebrate itself. On the way, he gets seduced and forgets this, and begins to suffer. This is the bondage from which one has to free oneself and attain salvation.

According to the Gita, death is like a change of clothes for the soul. It travels from one body and mind to another and continues its journey. This is the concept of reincarnation in Hinduism. Just as men discard old and worn-out clothes and acquire new ones, similarly when the body is old and withered, the soul discards this old and worn-out body and acquires a new body. Death is only of the body, not of the soul. The soul is immortal and imperishable. Death is nothing but a change of dress in an uninterrupted eternal journey of the soul in the spinning wheels of the wheel of time!

It is also said in Shlok 23 of Adhyay 2 of Bhagavad Gita:

That is, weapons cannot cut this soul, fire cannot burn it, water cannot soak it and wind cannot dry it. The meaning is that due to being partless, weapons like swords etc. cannot break their parts. Similarly, even fire cannot burn it to ashes. Because water has the power to soak an object and separate its parts. It is not possible for this to happen in an impersonal soul. In the same way, air destroys wet matter by exploiting it, so that air also cannot exploit this self-formed soul.

We should pay homage to our departed, and pray for his soul’s good reincarnation and eternal journey until he attains salvation until becomes one with the divine. When you say “Om Sadgati”, you are praying to the Divine to guide the soul to a higher consciousness in your next life. This is the reason why Bhagavad Gita Adhyay 14 and Kathopanishad are chanted after leaving one’s body, in order to remind the Jiva of his true nature, which is divine. These texts tell the most important truths about life and death and about the real nature of the soul and the Supreme Soul. The more a living being remembers that he is a soul in the subtle form of the Supreme Soul, the better he can get in the next life.

Then how should we express condolences on someone’s death?

We can express our condolences in the following words: