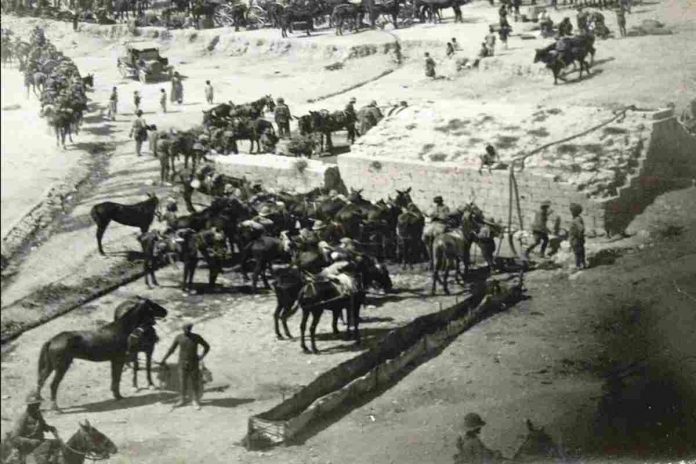 Today, of course, political conspiracies in our own country may be trying to disprove our unique history, and attempts are being made to marginalize us. There has always been valour to fight, to win and to protect all in our DNA and foreigners accept this too.

The northern Israeli coastal city of Haifa celebrated the centenary of its liberation from Ottoman rule during World War I on 23 September 2018, honouring brave Indian soldiers who are considered “the last great cavalry campaign in history”.

Far from India, even in this part of Israel, the eternal flame of the Indian Army – duty and service before self – continues to shine.

The Indian Army remembers 23 September every year as Haifa Day to pay its respects to three Indian Cavalry regiments – the Mysore, Hyderabad and Jodhpur Lancers, which followed the action of the 15th National Service Cavalry Brigade of the then British Indian Cavalry Brigade. helped to liberate Haifa.

What is the battle of Haifa – Israel

When all the efforts of the British failed in front of the Ottoman army during the first world war, then they remembered the world’s best-mounted Indian warriors. The British government asked the army to capture Haifa. As soon as the message was received, Commander Dalpat Singh instructed his army to infest the enemy. The army marched to eliminate the enemy and capture Haifa.

But then the British came to know that the enemy had guns and machine guns, while the Jodhpur state’s army was going to fight with swords and spears on horses. For this reason, the British asked to return the army, but General Dalpat Singh Shekhawat said that we have no custom to run away from the war. We are the Ranbankures (warriors) who, after landing on the battlefield, either win or attain #Veergati (martyr). On the other hand, this army was fighting with great valour in its traditional fighting style in front of cannons and machine guns to conquer the enemy. Armed with spears and swords, the Indian cavalry regiment displayed the highest tradition of valour and cleared the enemy from the rocky slopes of Mount Carmel.

In this battle, about nine hundred soldiers of the army were martyred. There are about 900 Indian soldiers buried across Israel like Jerusalem, Haifa, Ramle etc.

The outcome of the war wrote an immortal history. Which to date had not been seen anywhere in the whole world. Because this war was the only war in the world that took place between swords and guns. But finally, victory was found by the brave Indian soldiers and they captured Haifa and the 400 years old Ottoman Empire came to an end.

According to the current mayor of Haifa, Jonah Yahav, “Major Singh and the brave Indian soldiers are very dear to us and this centenary celebration is special for us.” “Dalpat Singh not only changed the history of my city but also the history of the Middle East,”

The centenary of the liberation in Israel is to “salute the brave Indian soldiers for their valiant actions” and “to show that their courage and sacrifice have not been forgotten”.

Prime Minister Narendra Modi visited the Haifa Cemetery during his visit to Israel in July 2017 and unveiled a plaque in memory of Major Dalpat Singh, known as the ‘Hero of Haifa’ for his important role in the liberation of the city.