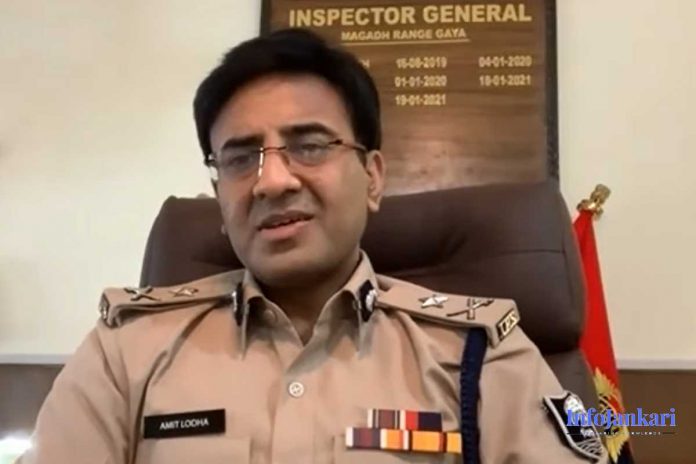 Bihar Diaries: The life of IPS officer Amit Lodha and his book “The Bihar Diaries” served as the basis for the Netflix web series Khakee The Bihar Chapter. Here we will introduce you to real super cop Amit Lodha.

IPS Amit attended St. Xavier’s School in Jaipur for his education. On November 25, Netflix made Super Cop Khakee: The Bihar Chapter available. The IPS officer Amit Lodha is the inspiration for the web series that director-producer Neeraj Pandey wrote. This narrative is also present in Amit Lodha’s book, “The Bihar Diaries.” Amit also goes under the name “Bihari Singham.”

Who is IPS Amit Lodha?

IPS Amit Lodha belongs to Rajasthan. His early schooling was finished at St. Xavier’s School in Jaipur. Amit Lodha, an IPS officer from the 1998 batch, is a native of Rajasthan. At a very young age, Amit Lodha enlisted in the Indian Police Service. Amit Lodha received the Bihar cadre.

Amit first gained notoriety in 2006 when he imprisoned Ashok Mahto, also known as “Gabbar Singh” of Sheikhpura, and his accomplice Pintu Mahto. When powerful officers lost their courage, Amit Lodha completed this task. As a result, he also received the gallantry award.

At first, Amit Lodha was timid and meek. This was stated by him in an interview. Amit passed the IIT Delhi exam on his first try, but he had a miserable time there. He attempted to prove himself after graduating from IIT by passing the UPSC exam, and thanks to his diligence and hard work, he was successful. According to Amit, joining the police force greatly aided him in building his confidence.

One of the top IPS officers in Bihar is Amit Lodha. He is serving as the police inspector general at the moment (IG). Additionally, he received the Police Medal, Internal Security Medal, and President’s Police Medal. Let us inform you that IPS Amit Lodha’s maternal grandfather served as an IAS officer. Amit was attracted to his maternal grandfather and the policemen around him and their uniforms, since his childhood.

Together with his actor friend Akshay Kumar, he played a key role in the Ministry of Home Affairs’ launch of bharatkeveer.gov.in. In order for regular people to assist in providing for the families of Central Armed Paramilitary Forces martyrs, this portal includes images and biographical information about them. The project has raised more than Rs 45 crore in less than two years to aid 205 families.

Tanu Lodha, Amit Lodha’s wife, is a housewife. In one of his interviews, he stated, “Fortunately, my wife Tanu is quite understanding. Although she appears to be simple and fragile, she is actually incredibly strong. She is the first person to give me her rifle when I enter the Naxalite territory for encounters. When she asks, “When you come back in the evening, shall I make aloo parathas?” with such assurance, there are times when I can’t even begin to imagine. Maybe, but to me, it really matters.

How The Life Was Changed?

Amit Lodha’s life was significantly impacted by a college-era occurrence. Amit claims that while he was enjoying a game of squash, he was ridiculed and thrown off the court by another player. “People like you are not appropriate for this game,” he continued. Although Amit felt awful about it, he suddenly became more motivated. Three months after joining the college squash team and beginning daily practice at one in the morning, he defeated the same opponent.

“I achieved this achievement from the self-belief that if I put more than 100% into any task, I can succeed,” Amit explains. I started my UPSC preparation with such conviction. During my college exams, I broke my routine of going to bed at 4 am and waking up at 1 am. I created a detailed schedule and adhered to it meticulously. I was terrified of math after receiving an E grade in it at IIT, but I did well on the UPSC!”