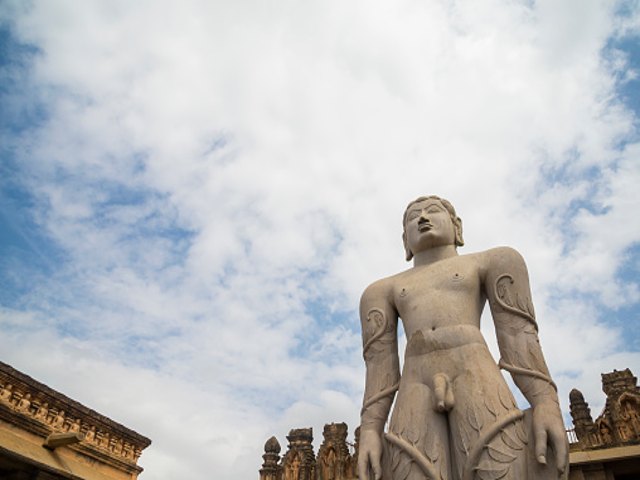 Jainism is an ancient, Indian-born philosophy, dating back to Vedic times. Twenty-four preachers known as Jinas (conquerors) or Tirthankaras propounded it. Its first founder or Tirthankarawas Rishabhadeva mentioned in the Yajur Veda. The 24th and last Tirthankara was Mahavira. It is a Nastik (atheist) philosophy and does not accept the Vedas to be revelations from God. In fact, it does not believe in a God, though it does believe in re-birth. The ethical doctrines of Jainism are based on the path of liberation, comprising right belief, right knowledge, and right conduct. Jainism’s prescriptions or rules are about how to achieve this liberation. They apply both to ascetics and householders. The householders have twelve Vratas or codes of conduct, five Anuvratas (small vows), and seven Shilavratas (supplementary vows). If the Anuvaratas are strictly performed, they become Mahavratas (Great vows).

The Jains have two major sects, Digambara (Sky-clad or naked) and Shvetambara (White-clad). Digambara Jains are more austere and go about nude or free from all material trappings and social inhibitions. They allow for voluntary death in order to attain Kavalajnana or final liberation. In the latter and less austere sect of Shvetambara, people can use simple white cloth. The difference between the two sects is more in rituals than in doctrines.

The essence of Jainism is its emphasis on the principle of Karma. Jains believe that living beings are made of two dravyas (portions): jiva and ajiva. Ajiva portions are divided into three bodies: Audärik sharir (our gross body), Taijasha sharir (body of vital energy, subtle body), and Karmana sharir (subtle micro body). Ätma (consciousness) is formless and invisible, and it is everywhere in the body. In samsäri (worldly non-liberated) jivas, Chetna (quality of ätma, consciousness) is associated with karma particles everywhere in the body. Also, karma particles are everywhere in space. All our activities with “likes and dislikes” (attachment and aversion) work as a magnet and attract karma particles. When they associate with our ätma (consciousness), they are called karma.