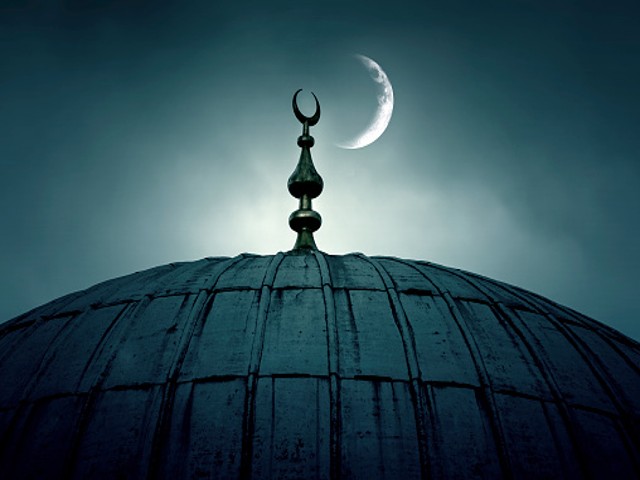 Islam was propounded by Prophet Mohammed (born around AD 570 in Mecca). Muslims are also referred to as Mohammedans.

The sacred book of the Muslims is the Quran (from Arabic “to recite”), held to be revelations from Allah and not the preachings of Prophet Mohammed. Islam is a monotheistic faith and the acceptance of Allah as the one God, and Mohammed as his Prophet is called Shahada. A Muslim is required to perform the devotional exercise of Namaaz five times a day. In the ninth month of the Muslim calendar, Ramzan, the Muslims have to observe Roza, a strict fast from dawn to dusk on each day of the month. They have to visit Mecca, the birthplace of Mohammed, at least once in a lifetime, and this pilgrimage is called Haj. They should also donate a portion of their income to the poor, and this is the Zakat. Muslims worship at Masjids or mosques.

The law of Islam is Shariah, based on divine revelations. The Sunnis, who form the majority of the Muslim community, believe that Mohammed can have no successor. For the Shia Muslims, the main religious authority is the Imam or priest. Muslims entered India for the first time at the beginning of the eighth century when the Arabs made their inroads. Muslim invaders and settlers, other than the Arab conquerors of Sind, belonged to various Asiatic races, Iranian Persians, Turks, Afghans, other people of mixed descent, and even Mongols. Muslim immigration ended with the establishment of the Mughal dynasty in the 16th century.

Muharram – A Tribute To Martyrdom