An anecdote and the verse about Guru Nanak Dev Ji 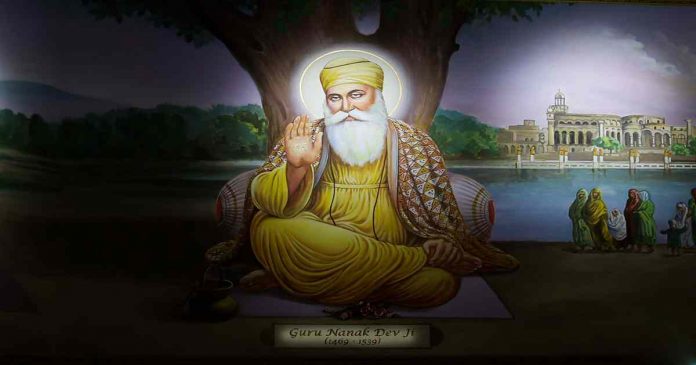 “Physician, heal thyself ….” is an oft-used saying. Did you know that it might have originated from a beautiful verse attributed to Guru Nanak Maharaj?

Here is an anecdote and the verse. Treasure it.

As Guru Nanak grew a little older, he avoided company and sought seclusion. For days, he would sit in silent solitude and spend his time in meditation. His parents became anxious about his health. They began to worry about his attitude towards the material world. They feared that he might be insane. In desperation, one day, they sent for their physician, Hari Das.

The physician came and began to feel the Guru’s pulse. The Guru withdrew his arm and asked, “O physician, what is art thou doing?” The physician replied that he was diagnosing his disease. Hearing this, the Guru laughed and then chanted this beautiful Sabad:

“They have sent for the physician for me!
He taketh my hand and feeleth my pulse.
What can a pulse disclose?
The pain lies deep in the heart.
Physician, go back and heal thyself,
Diagnose thy own disease,
Then thou mayst diagnose the disease of others
And call thyself a physician.” (Malar ki Var, Mohalla 1 p-1279)

Hari Das asked, “So you think that I am sick too and need a cure.”

The Guru replied, “You suffer from the sickness of your soul. Egoism is a disease. It separates us from the source of life, God Himself.”

The Guru replied,
“When a man shall possess the Name of the Bright One,
His body shall become like gold and his soul be made pure;
All his pain and disease shall be dispelled,
And he shall be saved, Nanak, by the true Name.” (Malar Mohalla 1, p-1256)

Hari Das was moved. He bowed before the Divine Master and told his parents never to be anxious about their son. He was born to be ‘A healer of the world’s sickened souls.’