HomeTravelTop 10 Things to Do in Savannah, Georgia
Travel

Top 10 Things to Do in Savannah, Georgia 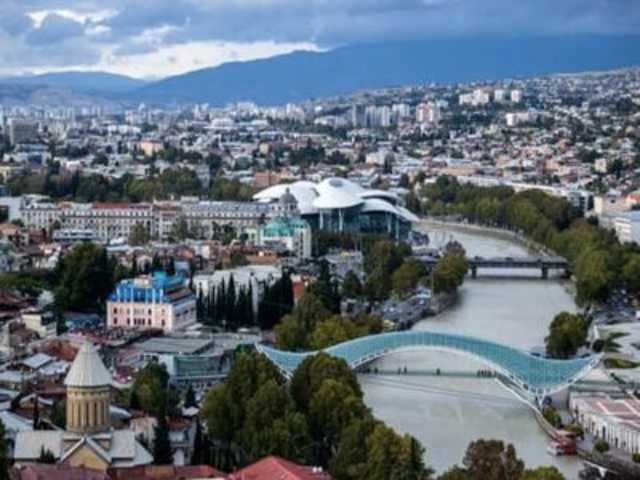 One of the most beautiful cities in the world, Savannah, Georgia, is fast becoming one of America’s most notable tourist destinations! As the largest National Historic Landmark District in the country, Savannah is packed full of historical monuments, park squares, mansions, cathedrals and a vibrant waterfront that is fast becoming the busiest port in the US. These are my suggestions for the top 10 things to do in Savannah, Georgia.

Top 10 Things to Do in Savannah

Here is the list of the top 10 things, which you can do in Savannah.

In honor of the soldiers who perished in the War of 1812, Chippewa Square dates back to 1815. One of the most popular of Savannah’s twenty six park squares, the square represents the struggle and perseverance of an early Savannah township. The square is most popular, however, as the film location for “Forrest Gump”. While the park bench Tom Hanks most famously sat on has since been removed after vandalism (tourists stealing pieces of the bench as souvenirs!), a plaque and rose bed remain to mark the famous spot.

The oldest theater to have continually been in operation in the United States (since 1818), thousands are entertained here each year. Take in a live Broadway show suitable for the whole family. Shows are played all year round and the concession stand serves popcorn, soft drinks, candy, and wine which you are allowed to carry into the theater.

Dine on the Waterfront

The cobbled waterfront is the main hub for Savannah’s restaurant scene. Whether you are looking for lively nightlife, great dining or simply a leisurely stroll along the river, this is the area you want to be in! Restored cotton warehouses house more than 75 art galleries and studios, boutique shops and upscale restaurants.

Take a Horse and Carriage ride

No visit to Savannah is complete without a horse and carriage sight-seeing tour! The gentle “clip-clop” of horses, and sway of the carriage as it makes its way through Savannah’s cobbled streets transports you through the town’s colorful past. Guides are both entertaining and informative and can be found waiting for you on every main street corner!

Forsyth is the largest park in Savannah and has so much to see and do! The absolutely spectacular park once again is covered by an overhang of romantic Spanish Moss and is decked out with numerous public recreation facilities (basketball and tennis courts, children’s playground equipment, and amphitheater). At the center of the park lies Forsyth Park Fountain where couples and families enjoy the view from park benches. The park is the social hub of Savannah; farmers’ markets are also carried out here each Saturday morning.

Pack your bike or rent one; Savannah is a very pedestrian/bike-friendly town and incredibly easy to navigate. Ride along the cobblestone streets and explore over 22 park squares, appreciate the 17th-century architecture of each building you pass and enjoy the moment as you zip through some of the most beautiful streets in America. Old gnarled and twisted trees line the streets of Savannah which drizzle a canopy of Spanish Moss; a sight which can only truly be appreciated by foot or bike!

America’s Most Haunted City, Savannah has ghostly tales and legends which will be sure to raise your spirits!! Numerous ghost tours lead you down shadowy lanes to discover the ghosts, ghouls and legends as well as offer a little science behind the paranormal. You are led through haunting cemeteries which are covered in Spanish Moss – just for the extra haunting effect! For a truly unique experience, some tour companies even operate the tours out of a hearse!

World-famous River Street is a vibrant, multi-faceted gem along the Savannah River. Lines with century-old buildings which have been converted from cotton warehouses, the street is known for its antique shops, unique boutiques, stunning galleries, brewpubs, trendy restaurants, and elegant inns and hotels. Also, the spot to watch ships from around the world sail into one of the busiest ports in America.

Be sure to take in one of the famous River Street Festivals which happen on the first Saturday of every month.

Savannah’s most famous cemetery, Bonaventure is hauntingly beautiful. Drizzling Spanish Moss cascades over Gothic tombstones dating back more than 150 years. Mass graves from during the American Civil War hold soldiers who lost their lives during that time period. Military generals, poets, Academy Award-winning lyricist Johnny Mercer and Georgia’s first governor Edward Telfair are among those buried here. The cemetery became most famous after the publication of John Berendt’s book, Midnight in the Garden of Good and Evil, which featured a cover photo of the now-famous “Bird Girl” statue.

Savannah is full of interesting and colorful characters; each with a different story to tell. Find yourself a park bench and fully appreciate the atmosphere and people of this amazing town!