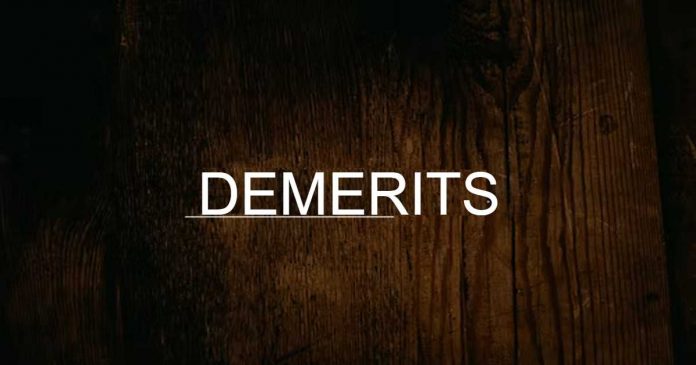 In Hindu religious scriptures, Ravana has been described as a mighty, mighty, great scholar and the biggest devotee of Lord Shiva. It is believed that Ravana was one of the most intelligent people on earth. However, due to the demerits present in it, it was destroyed later. Due to the demerits of Ravana, he is considered a symbol of unrighteousness and evil in Sanatan Dharma.

The qualities and behaviour that are bad. If we get disregarded and humiliated by most people because of our behaviour, then it is called a demerit.

This demerit means the desire to earn money and fame. Lord Krishna has said in the Gita that anger and other vices are born in a man by lust.

This demerit means neglecting other people. Decisions taken out of anger have to be regretted later.

Greed or greed is a demerit that Ravana had. A greedy person can never be happy in life.

It is harmful to us to have an excessive attachment to anything or a person. Infatuation destroys our conscience and we become slaves to our minds and emotions.

Ego means you want to get things at any cost without thinking about anyone else. Due to this demerit, we have to face many problems in life.

This demerit means to be unhappy on seeing someone’s wealth, happiness or splendor. A person of this demerit always remains unhappy.

Jealousy means to be impatient on seeing one’s success, to be restless or envious of seeing the progress of others. If there is a desire to become entitled to oneself by depriving him of that happiness and peace or the said thing by seeing someone happy or having a valuable or attractive thing, then it is also called jealousy. A person who has such burning or envy is said to be jealous.

Jealousy reflects a lack of self-confidence and a feeling of insecurity and is a hindrance in its own right. Jealousy is a normal emotion, but its excess can lead to serious consequences.

Due to jealousy, a person harms himself. It doesn’t harm anyone else. Jealousy also takes away the contentment of the mind.

By jealousy, a person should not harm himself mentally, that is why it is said to give priority to ideas like a sacrifice, generosity, fairness, etc.

In this, there is a sense of harm to someone whereas in jealousy this is not the case. In this, the feeling of enmity or animosity predominates, that is why it is also malice to spoil someone’s work due to opposition, animosity, enmity etc.

Due to malice, a feeling of vengeance and violence arises in the mind of the person.

Fear is a negative emotion and it is like a disease. Fear destroys the power of man’s thinking and understanding.