Dwarka and Trimbakeshwar – Pilgrim Centres For The Hindus 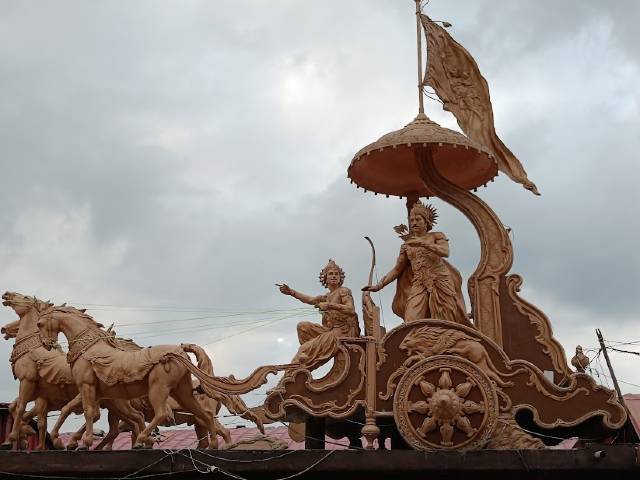 The sacred town of Dwarka, one of the seven most important pilgrim centres of the Hindus, is situated on the western tip of the Gujarat peninsula. It is situated at a distance of 145 km from Jamnagar and 217 km from Rajkot. Legend has it that, Lord Krishna, the eighth incarnation of Vishnu had come to Okhamandal (the district where Dwaraka is situated) after his flight from Mathura which had been attacked by two demon kings. Krishna is said to have fought his battle from Dwaraka and regained Mathura. The ocean submerged the city seven days after his death. The temple that stands today is said to have been built by Vajranabh, the grandson of Krishna, in one night.

The temple consists of the sanctum, a spacious hall and a conical spire. The main part of the temple has five storeys and is supported by 60 columns, crowned by an elaborately carved spire. Dwaraka is accessible by road and rail.

How To Go To Dwarka

Air: Domestic airlines connect Bombay and flights from Bombay to Jamnagar and Rajkot. From either place, Dwaraka can be accessed by road.

Rail: The western railway connects Ahmedabad and Rajkot. Dwaraka can be approached by road from here.

Road: There are state transport buses and private buses connecting Dwaraka. There are a number of good hotels and guest houses at Dwaraka, Rajkot and Jamnagar.

Trimbakeshwar, one of the twelve Jyotirlingas and an important pilgrim centre for the Hindus, is situated at a distance of 30 km. from Nasik. This place is the source of the river Godavari. The temple was built in the 18th century by Peshwa Balaji Bajirao in the Nagara style of architecture. The Shivalingam appears on the floor of the sanctum in a depression. Water flows out of the top of the Lingam.

How To Go To Trimbakeshwar

By Air: The nearest airport is Nasik.
By Rail: Nasik is a major railway junction on the Western Railways.
By Road: There are state and private buses from Nasik to Trimbakeshwar.

Where to Stay: There are a number of good hotels at Nasik.