HomeTravelTop 10 things to do in Washington DC
Travel

Top 10 things to do in Washington DC 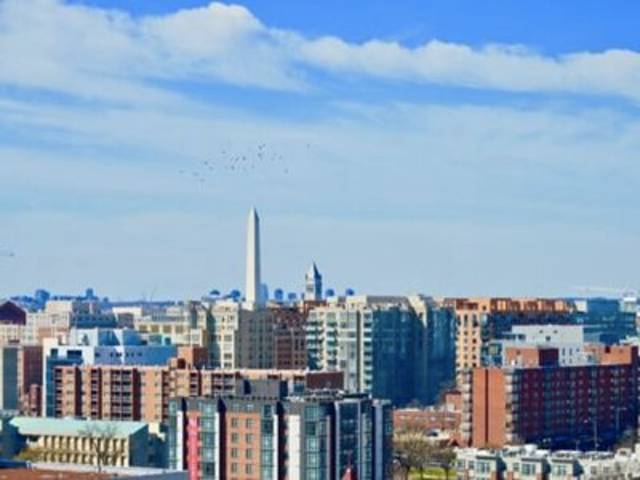 Having lived in DC for over two years, as well as having hosted numerous tourists, I’m accustomed to recommending the top 10 things to do in Washington DC. Surprisingly, I often find that tourists rarely budget enough time for America’s capital, opting to spend a mere two days in the city.

There are many, budget-friendly activities that could fill an entire week, and that’s just in DC alone. Don’t forget that there is a multitude of places to visit just outside the city, such as Mt. Vernon, Arlington National Cemetery, and Iwo Jima Memorial to name a few.

Regardless, if you’re planning on spending a few days in DC be prepared to walk A LOT as the monuments, while reasonably close together, are a ways away from the nearest metro stop. Consider some essential health tips to give you the energy you’re going to need to tackle America’s famous capital.

Top 10 things to do in Washington DC

An Afternoon At Meridian Park

Meridian park is probably the most happening place in the entire city on a Sunday afternoon. While not particularly large, you’ll find a wide array of circus-type performances going on, such as slacklining, juggling, unicycles, drum circles, and guitar circle. For a few hours a week, this place comes alive like nothing else and is not to be missed. Grab yourself a blanket and have a picnic.

One of the most charming areas of DC (and priciest), Georgetown is worth a visit. While unfortunately, it is about one mile from the nearest metro, on a nice day it is a pleasant walk. Nearby you can visit the Potomac River as well as the Exorcist steps. On the weekend the place is particularly vibrant, though the bars do tend to charge a cover and are filled with many students from the local universities.

This is one of the more overlooked monuments in the city, partly because it is so difficult to find. Still, it is unlike any other in the city and chronologically details FDRs presidency from the Great Depression into World War Two. A great memorial for a great man.

Unfortunately after the recent earthquake, the monument is temporarily closed, but that doesn’t mean that you still can’t go and enjoy the surrounding grounds.

Directly across from the Washington Monument is the Lincoln Memorial, which honors the 16th president of the United States. Like all monuments in DC, this is free to visit and is filled with inspirational quotes from Abraham Lincoln. Approximately 6 million people visited the memorial every year and it is featured on the back of the US five-dollar bill.

It’s a shame it took so long to dedicate a monument to such a great man, but finally, in August 2011, DC witnessed the grand opening of the highly anticipated Martin Luther King Monument. After over two decades of planning, Dr. King is the first African American to be honored with a memorial near the National Mall.

Nestled slightly away from the multitude of memorials and monuments in the National Mall area is the Jefferson Memorial. Modeled after the Pantheon in Rome, this memorial honors America’s third president and one of its founding fathers. Many people forget that this memorial also has a museum underneath it.

Learn At The Natural History

Of all the Smithsonian museums, the natural history museum is by far my favorite. You could get lost for hours here. The exhibit on the history of mankind, showcasing human fossils, which are millions of years old (yes, our species is in fact millions of years old), is astounding.

You thought I was going to leave it out, didn’t you? No trip to DC is complete without a visit to the White House. Simple, yet elegant, the White House is the most powerful building in the nation. See if you can spot the secret service members on the roof.

Ever wonder where laws are made and congress meets? Check out the United States capitol building. There is a general tour offered Monday through Saturday from 8:50 a.m. until 3:20 p.m.